Potentially Lifesaving information about Fire Extinguishers and which one you need. 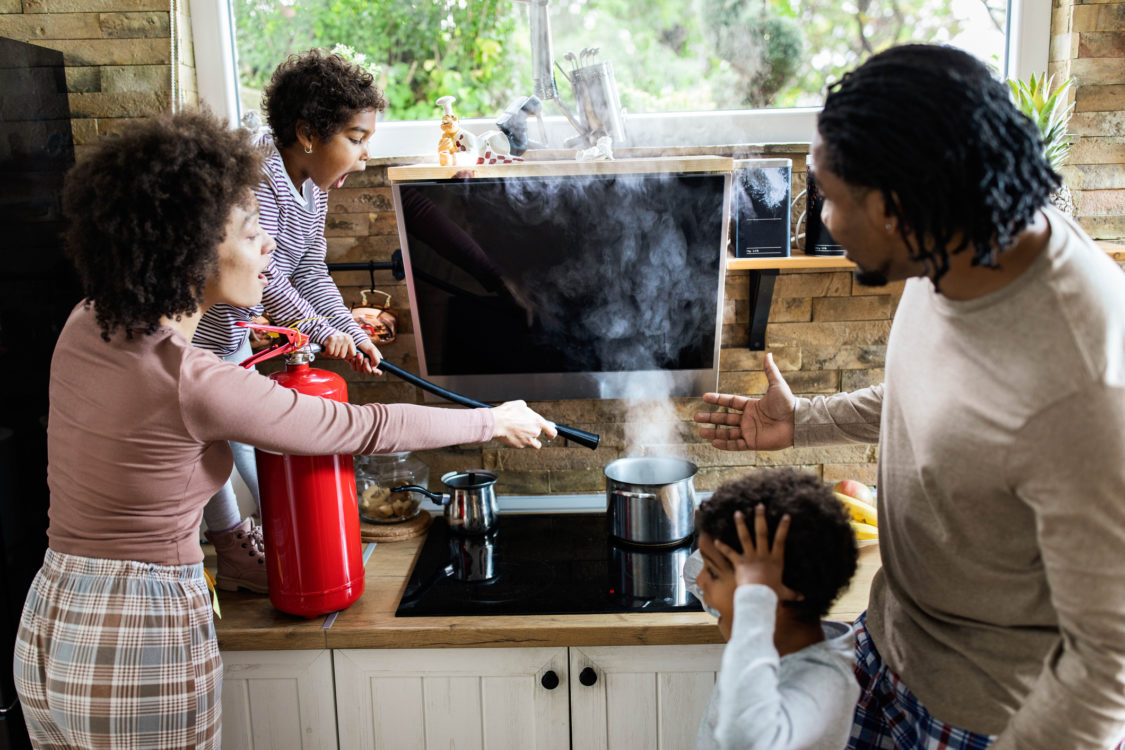 Fire security in homes tends to be an afterthought, with many people thinking that having a Fire Alarm is enough of a precaution against domestic fires. While this may be true in some cases, having the knowledge of the different types of fire extinguishers and the types of fires they put out can be potentially lifesaving information as well as mitigating damage and costs in the long run.

In this blog post, we will be exploring the different types of fires, as well as which extinguishers tackle which fire best, how they work and what you need to keep in mind in the event of a fire.

In this blog post, we will be exploring the different types of fires, as well as which extinguishers tackle which fires best, how they work and what you need to keep in mind in the event of a fire.

Fire extinguishers are designed to tackle specific types of fire. All fires are categorised under several “classes”, which help you and others identify exactly what is needed to manage and control a fire.

There are six different classes of fire:

Water Fire Extinguishers are good for tackling fires involving burning paper, wood and soft furnishing (Class A fires), as the water soaks into the materials and cools them, while extinguishing the fire. As they are mostly free of harmful substances, water fire extinguishers are suitable in households where children may have access to the extinguishes.

For example, In the home, a potential candle toppling can cause wood furniture to ignite. having a Water Fire Extinguisher at hand means that even with children nearby, it is safe to use.

Foam Fire Extinguishers are also called AFFF, (Aqueous Film Forming Foam) create a film of foam over the fire, which starves the fire of oxygen. The foam also penetrates porous materials and cools the fire through evaporation of the water content in the foam. As the foam creates a foam carpet on burning liquids like petrol, foam extinguishers are also suitable for flammable liquids and areas where man-made fibres in soft furnishings and carpets might liquidise under the influence of heat. (Class A)

For situations where a rug or pillow has caught fire, to avoid spreading the flames and causing more damage, having a foam fire extinguisher is one of the most useful lines of defence, especially when trying to avoid any further damage.

CO2 extinguishers are ideal for places with a lot of electrical equipment such as offices or server rooms because they are safe to use on fires involving electrical apparatus. Carbon dioxide extinguishers do not leave any residue, unlike a foam extinguisher. They can also be used on Class B fires, those involving flammable liquids such paraffin or petrol. CO2 extinguishers work by smothering the fire and cutting off the supply of air.

Powder extinguishers are a good multi-purpose fire extinguisher because they can be used on Class A, B and C fires. They can also be used on fires involving electrical equipment however, they do not cool the fire so it can re-ignite. Powder extinguishers can also create a loss of visibility and may create breathing problems. They are not generally recommended for use inside buildings unless there is absolutely no alternative.

These extinguishers would be ideal for outbuildings that have electrical wiring, or any outdoor appliances such stoves.

Wet Chemical Fire Extinguishers are especially designed for use on kitchen fires involving burning oil and deep fat fryers (Class F fires). These extinguishers come with a special, long application lance which allows you to safely lay a cooling layer of foam on top of the burning oil. They can also be used on Class A fires, although their fire fighting power for general risks is not very strong.

Fire blankets are primarily for use on hot oil fires such as frying pans or small deep fat fryers. They can also be used on someone whose clothing has caught fire. They work by smothering the fire, stopping access to the oxygen fuelling it and extinguishing it.

Fire Extinguishers and blankets can often mean the difference between a small localised incident that is quickly put out, or the fire and rescue service arriving to find a raging inferno which is putting life, property and environment at risk.

To help you better remember which Extinguisher can be used where, this handy graphic is a useful resource to look at, or print in common areas where there are hazardous risks.

To find out more information as to how you can keep your home or business safe with a fire extinguisher, feel free to book a consultation with our expert technicians or email us at…